There was a good deal on Steam, Quake Champions was free if you install and run it at least one time. Being a Quake III Arena fan myself I decided to give this new version of Quake a try.

So what are my first impressions? They are as follows:

So in short it is fun to go frag somebody. Though can't say that my rail ability is the same anymore. The Rocket launcher is also faster in this game. Currently the game is not final, still being developed. Sometimes there are updates which fix some bugs or introduce new features.

And here is a comparison how Quake Champions looks and what you could make from Quake 3 Arena. 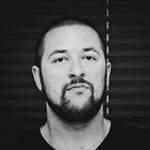